Fans of arrow-flinging adventurers rejoice! The first trailer for Warner Bros. latest incarnation (or should that be re-boot) of the popular video game and film franchise series, Tomb Raider, has arrived.

Featuring Alicia Vikander as a younger Lara Croft and directed by The Wave’s Roar Uthuag, this is clearly looking to entice a new generation of fans. The plot see’s a 21 year old Lara Croft working as a bike courier and attempting to forge her own path in the world when clues to the last whereabouts of her father (Dominic West) lead her on an adventure to a mysterious island off the coast of Japan.

Whilst the trailer showcases some fairly generic action scenes it will be interesting to see how Alicia Vikanders’ take on the classic character is received by fans. The recently released (and slightly awkwardly photoshopped – hello huge head and wonky neck!) poster has already got people talking about her suitability for the role. 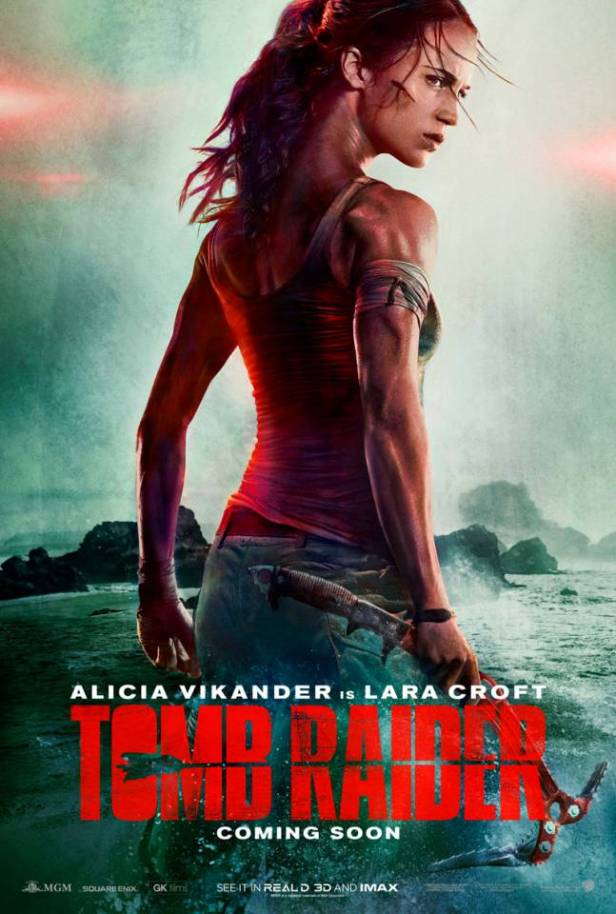 However, with a plot that is based around Crystal Dynamics very well received 2013 reboot of the popular video game, Waner Bros. will be hoping that a well known brand carried by a young and exciting talent such as Vikander will set up a thrilling new chapter for the character.

Tomb Raider is released on 16th March 2018 and also features Walton Goggins, Daniel Wu and Hannah John-Kamen. Sound off with your thoughts below!