Now that Mickey Mouse and the all conquering conglomerate that is Disney have secured the rights to produce as many STAR WARS movies as they like, does that mean that anyone has the opportunity to direct one too? 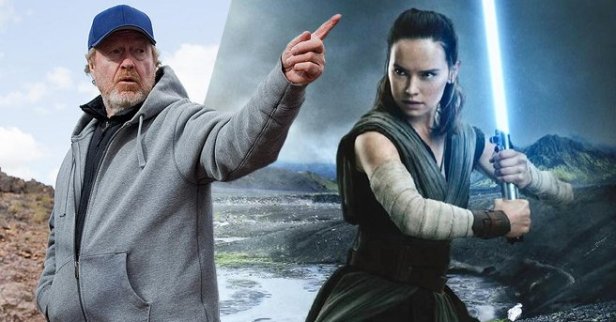 Well, it would appear that your chances are far greater now of course but in the case of South Shields born Ridley Scott, it isn’t necessarily a gig he would like. In an interview with Vulture to promote ALL THE MONEY IN THE WORLD the legendary director had the following to say about directing a movie in a galaxy far far away:

“No, no, I’m too dangerous for that. Cause I know what I’m doing. [Laughs.] I think they like to be in control, and I like to be in control myself. When you get a guy who’s done a low-budget movie and you suddenly give him $180 million, it makes no sense whatsoever. It’s f*ckin’ stupid. You know what the reshoots cost? Millions! Millions. You can get me for my fee, which is heavy, but I’ll be under budget and on time. This is where experience does matter, it’s as simple as that! It can make you dull as dishwater, but if you’re really experienced and you know what you’re doing, it’s fucking essential. Grow into it, little by little. Start low-budget, get a little bit bigger, maybe after $20 million, you can go to $80. But don’t suddenly go to $160″.

Recently Disney has handed the reins on films such as the HAN SOLO project to guys who haven’t really had the chance to direct such a large project and it hasn’t worked out so well to be fair. So, does Ridley have a point and would you like to see him direct a STAR WARS film in the future?