WE ARE BACK, BABY AND REY IS READY FOR ACTION!! Well, we never really went anywhere just the ‘day job’ kinda got in the way slightly and meant that we couldn’t post cool news for you guys as much as before. What better way to celebrate the rise of SMTM towers with an awesome image from STAR WARS: THE RISE OF SKYWALKER!

The last time we saw Daisy Ridley’s Jedi bad-ass ‘Rey’ was in the Star Wars 9 D23 footage in which she looked like she may have turned to the dark side and had a funky double edged Maul-esque saber unleashed ready to slaughter some younglins! Or maybe it was just a ‘vision’ from the new movie? 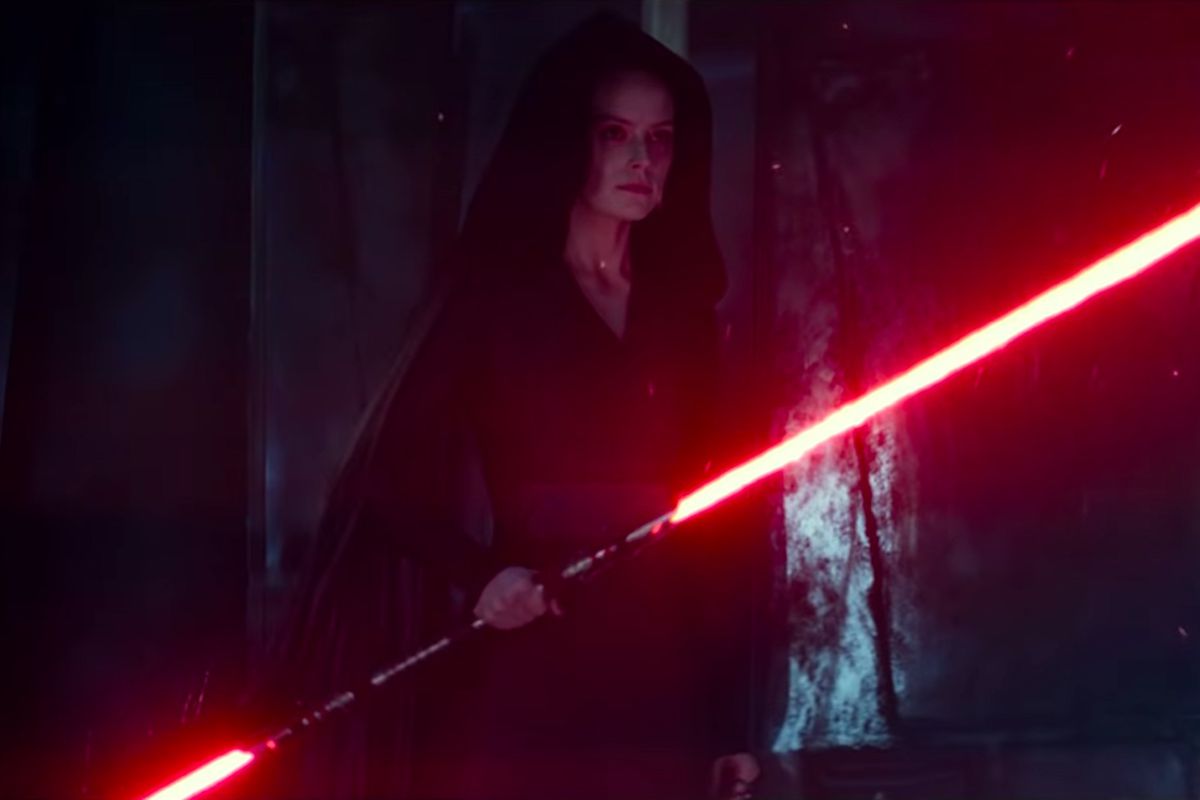 A new image has just been released via the official Star Wars twitter account and it looks like Rey is ready to slice down somebody just out of shot….Could this be part of the scene from the first trailer that saw Rey do a back-flip over an on-rushing Tie-Fighter (which probably belongs to bad-lad Kylo Ren)? Check it out…

"Something inside me has always been there. But now it's awake." pic.twitter.com/RGQ3qywzLm

Better be careful you don’t slice those Jedi legs Rey, that blue saber looks a tad too close for comfort! STAR WARS: THE RISE OF SKYWALKER hits cinemas this coming December. We. Can’t. WAIT!